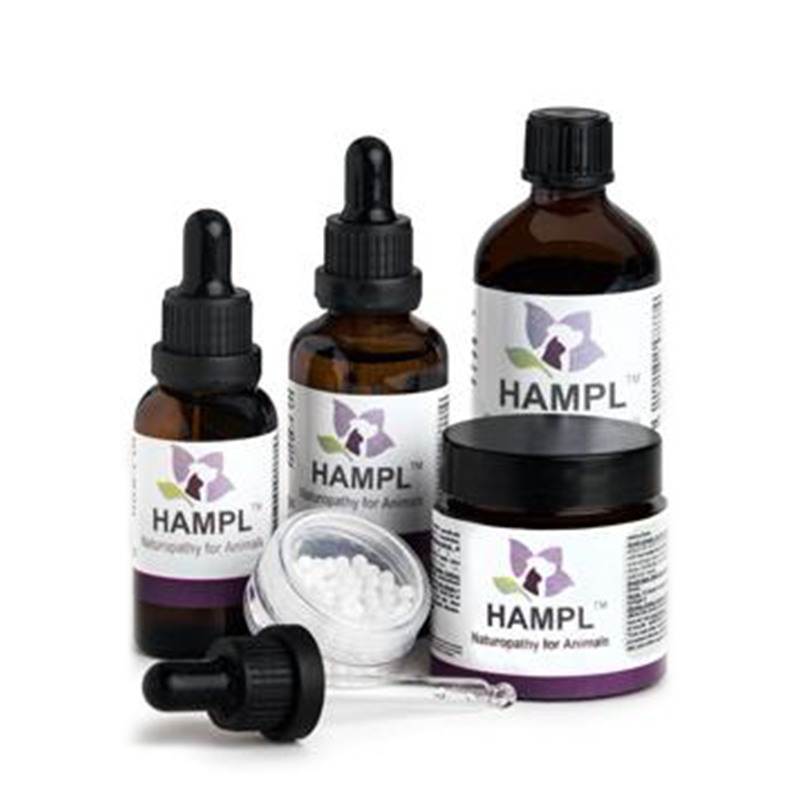 Babesiosis is caused by parasites that infect red blood cells.
Most U.S. cases are caused by B. microti, which is transmitted by Ixodes scapularis ticks, primarily in the Northeast and Upper Midwest. Babesia parasites also can be transmitted via transfusion, anywhere, at any time of the year. In March 2018, FDA approved the first B. microti blood donor screening tests. Congenital transmission has also been reported.

Babesia parasitic Infection – in all species.

Babesiosis is the disease state caused by the protozoal (single-celled) parasites of the genus Babesia. Piroplasms infect and replicate in the red blood cells, resulting in both direct and immune-mediated hemolytic anemia, where the red blood cells (RBCs) are broken down through hemolysis (destruction) and hemoglobin is released into the body.  This release of hemoglobin can lead to jaundice, and to anemia when the body cannot produce enough new red blood cells to replace the ones being destroyed.   Immune-mediated hemolytic anemia is likely to be more clinically important than parasite-induced RBC destruction since the severity of the condition does not depend on the degree of parasitemia.

Babesiosis can cause severe, life-threatening signs in some dogs, while others show no outward signs of disease.

Clinical signs resemble those associated with immune-mediated hemolytic anemia, immune-mediated thrombocytopenia or other tick-borne diseases. It is important to identify the correct diagnosis, as early recognition and appropriate treatment are important for reducing associated morbidity and mortality.

Symptoms that develop in humans and pets: flu-like symptoms, such as fever, chills, sweats, headache, body aches, loss of appetite, nausea, or fatigue.

Babesia gibsoni, and needing extra support use in conjunction with:

Has your pet got “Hemolytic Anemia”?

For Babesia that has caused (IMHA) Immune-mediated hemolytic anemia or thrombocytopenia or hemoglobinuria, icterus, pallor, splenomegaly, or lymphadenopathy and fever.

Babesia gibsoni and is normally transmitted by ticks and affects the blood and liver (Hepatitis – enlarged liver) and kidney issues. Babesiosis is a malaria-like parasitic disease caused by infection with Babesia, a genus of … Babesia species are in the Phylum Apicomplexa, which also has the Protozoan parasites that cause Malaria, Toxoplasmosis, and Cryptosporidiosis.  Babesiosis is caused by intraerythrocytic protozoan parasites of the genus Babesia.

Transmitted by ticks, babesiosis affects a wide range of domestic and wild animals and occasionally people. Although the major economic impact of babesiosis is in the cattle industry, infections in other domestic animals, including horses, sheep, goats, pigs, and dogs, assume varying degrees of importance throughout the world.

OTHER IMPORTANT BABESIA OF DOMESTIC ANIMALS

More than 100 species of Babesia have been isolated from domestic animals and wildlife. The following are indicative of those affecting domestic animals, but the list is far from complete.

Equine babesiosis is caused by Theileria (formerly Babesia) equi or B caballi. T equi is a small parasite and is more pathogenic than B caballi. T equi was reclassified as a Theileria in 1998. Equine babesiosis is found in Africa, Europe, Asia, South and Central America, and the southern USA. It is transmitted by ticks of the genera Rhipicephalus, Dermacentor, and Hyalomma. Intrauterine infection, particularly with T equi, is also relatively common.

Although small ruminants can be infected by several species of Babesia, the two most important species are B ovis and B motasi, transmitted by Rhipicephalus bursa and Haemaphysalis spp, respectively. Infection is of importance in the Middle East, southern Europe, and some African and Asian countries.

B trautmanni has been recorded as causing severe disease in pigs. This parasite has been reported from Europe and Africa. Another species, B perroncitoi, is of similar pathogenicity but apparently has a limited distribution in the areas mentioned above. The vectors of these Babesia have not been clarified, although Rhipicephalus spp has been shown to transmit B trautmanni.

Babesia species have been reported in dogs from most regions. These include B canis, B vogeli, and B rossi. B canis is transmitted by Dermacentor reticularis in Europe, B vogeli by Rhipicephalus sanguineusin tropical and subtropical countries, and B rossi by Haemaphysalis leachi in South Africa.

Consequences of Babesia infection vary from a mild, transient illness to an acute disease that rapidly results in death. B gibsoni is the other important Babesia of dogs and is a much smaller parasite. It has a more limited distribution and characteristically causes a chronic disease with progressive, severe anemia that is not readily treated with normal babesiacides.  Illness of varying severity due to B felis in domestic cats has mostly been reported in southern Africa. Sporadic cases associated with other Babesia species have been reported elsewhere. An unusual feature of B felis is its lack of response to the normal babesiacides. However, primaquine phosphate (0.5 mg/kg, IM, twice with a 24-hr interval) is reported to be effective.

For Humans in treating Babesia

~  Acute enlarged liver conditions. Protection or chronic or once the condition has improved, can either stop or continue with casual dosing, can stir in a dose to the filtered water bowl, (or add to farm trough once a week) every time you change it a few times a week. Fine if other animals share water. Alternatively, add a dose to daily meals.

Herbal Medicinal Uses
Lemon Balm herb – kills cofactors of other illness caused viruses including the bacteria Streptococcus, E.Coli, Bartonella, Babesia, Mycoplasma Pneumoniae, and Chlamydophila Pneumoniae, plus Fungus Candida. This reduces the strain on the Immune System.
Dandelion Root–  The health benefits of dandelion include relief from liver disorders, diabetes, urinary disorders, acne, jaundice, cancer, and anemia.   E.g Jaundice: Jaundice is primarily a disorder of the liver in which the organ starts overproducing bile, which ultimately enters the bloodstream and wreaks havoc on the body’s metabolism. The excess bile is also reflected through color of the skin, and eyes, which typically develop a yellow tint. The treatment of jaundice includes three main steps. First, you need to curb the production of bile. Second, you must remove the excess bile from the body, and third, you have to fight the underlying viral infection.
Sweet Annie-Chinese wormwood (artemisia annus) Also known as – Artemisinin.  For a parasitic disease of the blood and liver. Primarily a antimalarial, the artemisinin that can be extracted from Artemisia annua has been found by numerous studies to be effective against a wide range of viruses, the fungus pneumocystis jiroveci, the parasitic protozoa Toxoplasma gondii, cancer cell lines, and other parasitic infections, such as schistosomiasis, leishmaniasis, Chagas disease, and African sleeping sickness. So great to use for Lung infection – pneumocystis pneumonia (PCP) that is caused by a fungus. This herb is also often used for Malaria and Lymesia Lyme infections, Leisgmaniasis (a parasite fighting herb, by itself it has been found effective at killing most of the leishmaniasis protozoan.
Cryptolepis herb –  anti-malaria, which also includes antimicrobial, antimuscarinic, vasodilating, noradrenergic, antithrombotic, anti-inflammatory, and hypoglycemic activities.
Sida Cordifolia herb –  is used to treat Babesia infection, bronchial asthma, tuberculosis, colds, flu, swine flu, chills, lack of perspiration, headaches, nasal congestion, cough and wheezing, urinary infections, sore mouth, and fluid retention. It is also used for heart disease, stroke, facial paralysis, tissue pain and swelling (inflammation), sciatic nerve pain, insanity, nerve pain, nerve inflammation, ongoing achy joints (chronic rheumatism), and unwanted weight loss.

* For Babesia gibsoni infection if needing extra support use in conjunction with suggested remedies:

For all species, size, and ages.

(a) “HOMEOPATHICS”are sold in either a clear liquid or tiny white pills or granules – both have no odour or taste)  Easy “application dosing” for all species:

Refer to Bottle Label for suggested frequencies repeat dosing needed per day.
NOTE:   the rule is one must “repeat a dose” more frequently with less time in between each application dose, which is more important than the amount given each time. Repeat application will provide   faster action.

What I do for example: If I was needing to give herb treatments and/or vitamin supplements to feline or toy dog or other small animals – I add this herbal formula to a small bowl add some boiled water (about a teaspoon) to it so to dissolve the alcohol in it, let cool, then add what vitamins If needed (powder or crushed tab – a pinch) mixed in another 50ml of water, and oral syringe once a day or twice a day …smear on a little “vegemite paste” (if cannot get Vegemite in your country, try fresh pate or slippery elm powder added can help mask the taste) around and on tip of oral syringe, as felines seem to real like the taste of this paste, but not too much as it is quite a strong taste)

(c)“NUTRITIONAL Mix  ”  Giving vitamins and supplements (tablets or powders) Note: always crush tablet before adding to food or liquid mix. Felines or small animals: make up 1 cup of mixture, adding approx. a pinch of some type of Green powder (alkaline powder) or Chlorella powder (cleansing of toxins) or 1/4 Teaspoons of Slippery elm powder (to mask the taste) with 1 teaspoon of herbs if you are having to also give herbal medicines (i.e. brown liquid)  Med to large animals: add twice to three times the amount.

DOSING: Feline or small animal: using an oral syringe draw up 1ml and gently small sips. Or add a teaspoon to meals if they don’t mind eating it with meals (mix well into food) Do not put in Fridge. Room temp is best as too cold is dislike by felines.
DOSING: Canine, equine, cow, sheep, goat: try mixing well into food and hand piece before feeding main meals. Or dose same as suggested for felines, but add three times as much herbal medicines and vitamins to 1/2 cup of water or (unsweetened) apple sauce or apple juice.

What I do for example: If i was needing to give herb treatments and/or vitamin supplements to feline or toy dog or other small animals – I add this herbal formula to 1/2 cup of boiled hot water to it so to dissolve the alcohol in it, let cool, then add what vitamins If needed (powder or crushed tab – a pinch) mixed in another 50ml of water, and oral syringe once a day or twice a day …. smear on a little “vegemite paste” (if cannot get Vegemite in your country, try fresh pate or slippery elm powder added can help mask the taste) around and on tip of oral syringe, as felines seem to real like the taste of this paste, but not too much as it is quite a strong taste)

FOR CONDITIONS like …. diarrhea, stomach ulcers, or sore inflamed mouth or mouth ulcers, constipation, or IBS (i.e. colitis), plus it can also been given as a liquid meal given orally via syringe as it is highly nutritional (oral liquid feeding) for convalescing during illness when not eating solids.

CONVALESCING ..can been given as a liquid meal given orally via syringe as it is highly nutritional (oral liquid feeding) for convalescing during illness when not eating solids or not eating very well. ~ Add a small amount of powder to the mix to enough to make a runny liquid mix, if you put too much of the powder it will become thick and gluggy, if this happens you will need to add more liquid to it. Can add crushed vitamins and herbal medicines to this as well. OPTIONS: Oral dose in syringe or add to meals three times a day or more to maintain normal health again, then can stop or reduce frequencies.